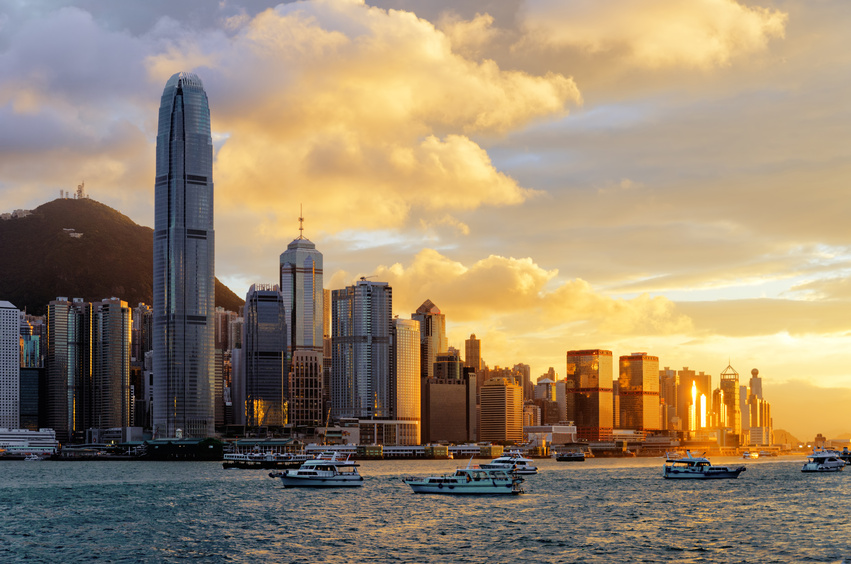 Last week, South American visitors wandering around the Admiralty district in central Hong Kong would recognize, with certain familiarity, the barricades formed by student demonstrations. Such scenes are recurrent in Rio de Janeiro or Buenos Aires; still, they are more striking when framed by the futuristic architecture of the Hong Kong Island. However, the increasing commonalities between the two regions greatly surpass the yearnings of the youth defending Hong Kong’s cosmopolitan democracy or promoting such values in countries that, until recently, courted authoritarian regimes as in Latin America.

The bonds between Greater China and Latin America have been forged by the geopolitical shift of the global economy toward the Pacific, in a sweeping movement epitomized by the creation of the New Development Bank by the heads of state of the BRICS group this year. Anticipating the trade, the Hong Kong International Arbitration Centre (HKIAC) has been fostering dialogues between specialists from both regions. In 2013, a series of conferences brought Hong Kong counsel and specialists to Bogotá, Buenos Aires and São Paulo to discuss the business alliances being formed between the two regions, as well as the legal arrangements adopted in structuring these ventures.

This year, the pendulum swung back to Hong Kong, where, on 14 October, the HKIAC presented specialists from Latin America to a group largely composed of local entrepreneurs who are interested in the inbound and outbound business opportunities between the two regions.

The discussions emphasized the security offered by the reference to arbitration of disputes, both as a way of contracting out of the sometimes sluggish and rather unpredictable judicial systems of Latin America, and as a means of benefiting from the streamlined enforcement procedures accessible under several applicable international instruments. The preference for Hong Kong as major arbitration hub also relates (inter alia) to this ease of enforcement. After the execution of the Agreement Between Mainland China and Hong Kong SAR Concerning the Mutual Recognition and Enforcement of Arbitration Awards (2000), arbitration awards rendered in Hong Kong can be enforced in the mainland as domestic awards. This arrangement allows the parties to benefit from a rather expedited enforcement in the mainland while enjoying, during the arbitration proceeding, the support of the Hong Kong court system, whose professionalism and independence can be well portrayed by the swift release of “occupy central” protesters under the writ of habeas corpus reported last week.

Another pillar of arbitration in Hong Kong is the services provided by the HKIAC, established in 1985, which performs important institutional duties under the Hong Kong Arbitration Ordinance of 2010, including some functions ascribed to the courts under the Uncitral Model Arbitration Law. Ms. Kiran Sanghera from the HKIAC described the varied case loads handled by the institution, and mentioned that its rules were revamped in 2013 and referred to the institution’s soft-touch and flexible approach to case management.

The discussions focused more optimistically on the transactional aspects of the exchanges between the two regions, rather on the critical aspect of dispute resolution through arbitration, dubbed as the recourse to a “marriage counselor” by the keynote speaker, Mr. Mário Ignácio Artaza, a former Chilean ambassador currently with Banco Security in Hong Kong. Mr. Artaza recalled the long-standing partnership uniting China and Latin America through bonds that are not limited to the economy, but that also extend to great cultural and diplomatic importance in between.

The opportunities and risks in Latin America were presented by local experts. Mrs. Cláudia Benavides, from Baker & McKenzie (Colombia) emphasized the improvement of the political situation and growth of the mining and energy sectors. Mr. Federico Godoy, from Beretta Godoy (Argentina), used tarot cards in depicting the current situation of the Argentinian markets, and said that current events should not prevent the countries from seizing opportunities in many interesting areas, such as the Vaca Muerta shale gas reservoir. Mr. Renato Grion, from Pinheiro Neto (Brazil), registered the social advancements that have been witnessed in Brazil since the 1990s and cited the increase in investment flows that allowed China to become the Brazilian top commercial partner. Mr. Marco Tulio Venegas from Von Woebeser & Sierra (Mexico) mentioned his country’s proximity to the United States and the fact that trade between China and Mexico is yet to reach the high level perceived in other Latin American countries, as well as the existence of a broad array of investment promotion agreements that can be relied upon to protect Chinese initiatives. Mr. Ignacio Tornero, from Carey & Cia (Chile) spoke about his experience when he was based in Shanghai and singled out Chile’s political and economic stability, while stressing his country’s openness to foreign investment.

After the initial presentations, in a Q&A section mediated by Omar Puertas, from Cuatrecasas Gonçalves Pereira (China), the panelists chartered the reefs underneath the route between China and Latin America, focusing primarily on the peculiarities of the local systems that require attention prior to establishment, such as the main due diligence requirements before making brownfield investments in order to avoid impending environmental, tax and labor contingencies, or the formal documentation necessary in order to avoid the assimilation of certain business relationships with other legal figures, resulting in further responsibilities (e.g., the transformation of distribution agreements into agency agreements in certain countries).

Other comments apply to all the countries discussed, such as the need to distinguish between each of the Latin American legal systems and to refrain from assimilation between jurisdictions, since they are derived from different historical sources and adopt divergent solutions. Last, the panelists unanimously noted the limited powers of government officials to bolster business initiatives in Latin America, suggesting that the Asian entrepreneur in such markets should look at the local systems comprehensively, as they will be required to deal with several government agencies that may exact different requirements.

In order to ensure good winds for the proceedings involving Brazil, the HKIAC, represented by its council members, Ms. Teresa Cheng and Mr. Neil Kaplan, signed a cooperation agreement with the Arbitration Centre of the Brazil-Canada Chamber of Commerce, one of the most active and best-reputed arbitration institutions in Brazil, represented in loco by its chairman, Mr. Frederico Straube.

This full morning of work dedicated to Chinese-Latin American relations demonstrated that the trade flows between the two regions is not only a trend for the future, but, rather, is a current reality, and that the legal infrastructure necessary for its advancement is already in place.

Are disputes arising from a Turkish company’s articles of association arbitrable?