In a recent PRC case (the “Taizhou Court Case“), the Taizhou Intermediate People’s Court (“Court“) refused enforcement of an ICC award on grounds of public policy because the court had previously held that the arbitration clause was invalid. This outcome could have been avoided if the parties had specified a suitable arbitral seat in the arbitration clause. We will discuss this case and provide recommendations for avoiding such outcomes.

Relevance of the arbitral seat

The seat is an important legal concept, as its law provides the supporting legal framework for the arbitration and its courts supervise the arbitration. Further, the seat usually determines the nationality of the award which is relevant to enforcement. The seat can therefore have a material impact on the course and outcome of the arbitration. The seat is not to be confused with the factual venue where arbitration meetings and hearings are conducted.

In July 2011, the Chinese party (“P“) sued the foreign party (“D“) in the Taizhou Intermediate People’s Court (“Court“) for breaching the non-compete clause in the JVA, seeking various remedies. D invoked the arbitration clause claiming that the Court had no jurisdiction to hear the dispute.

While the court proceedings were pending, D commenced ICC arbitration proceedings against P in Hong Kong. Since P did not exercise its right to choose the arbitral seat, the ICC Court of Arbitration fixed Hong Kong as the seat. Two ICC awards were rendered, one in July 2014, the other in November 2014 (“Awards“). On 9 December 2014, D applied to the Court to enforce the Awards. On 2 June 2016, the Court held that enforcement of the Awards would be in breach of PRC public policy because the Awards were in conflict with the Ruling.

In circumstances where the parties have failed to designate a seat in the arbitration clause and there is no default seat under the arbitration rules, there will be uncertainty as to which law governs the proceedings and which courts supervise the arbitration. The period of uncertainty may be relatively short where the institution determines the seat, but could last three months or more where the seat will be determined sometime after the formation of the tribunal. This can make it more difficult for parties to take procedural and strategic decisions (for example, which arbitrator to nominate or from which courts to seek interim relief).

It is important to carefully consider, at the drafting stage, the seat of future arbitration proceedings and the law governing the arbitration clause, and to double check that the clause satisfies any mandatory requirements under that law. The Taizhou Court Case illustrates how uncertainties arising from the failure to conduct this exercise may lead to inconsistent decisions on the validity of the clause and ultimately in the unenforceability of the award. 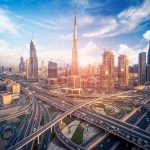 Comparison of UAE and DIFC-seated arbitrations