On 18 February 2022, the French-speaking Brussels Court of First Instance set aside an award (“Award”) issued by an investment arbitration tribunal (the “Tribunal”) that held that the Republic of Poland (“Poland”) had denied the investor justice.

I. Factual Background of the Investment Dispute[1]

The Developer secured potential buyers, State bank loans, and entered into a bond purchase agreement with a private investment firm incorporated under the laws of New York (the “Claimant”). Under the bond agreement, the Claimant subscribed to bonds to be paid in four instalments, subject to 25% yearly interest and redeemable within two years after their issuance. In case of default, all amounts due under the bonds would be immediately due and payable. Three instalments were secured by a first-rank mortgage on the Kijowska Estate and a second mortgage on Wierzbowa Estate. The State bank providing the Developer loans had the first-rank mortgage on Wierzbowa Estate.

In 2007, the Developer failed to pay the first interest coupons on Claimant’s bonds. All outstanding debts under the bond agreement, including interest, became immediately due and payable. The Developer acknowledged a debt of PLN 95,593,750 to Claimant but did not pay it. The Claimant then filed a lawsuit against the Developer, claiming payment. In October 2008, the Regional Court in Krakow ordered the Developer to pay Claimant PLN 80,692,135. The Developer failed to comply with the order, leading the Claimant to initiate enforcement proceedings against it in November 2008. The Claimant’s goal was to enforce the judgment against the mortgaged property. Yet Claimant faced some issues while trying to do so.

I.1. Claimant’s mortgage on the Wierzbowa Estate

In December 2008, a group of 58 prospective buyers filed a claim before the Regional Court in Krakow seeking to invalidate the Claimant’s mortgage on the Wierzbowa Estate. They alleged the mortgage violated principles of social coexistence protected by Article 58 of the Polish Civil Code.

I.2. The State Bank’s mortgage on Kijowska Estate

I.3. Claimant’s mortgage on Kijowska Estate

In 2009, the Claimant filed a lawsuit to enforce its mortgage on an apartment in the Kijowska Estate. In April 2012, the Supreme Court held it would be contrary to the principles of social coexistence to allow the execution of the mortgage against the heirs of the former apartment owner.

In 2012, the Claimant filed a lawsuit to enforce its mortgage on an apartment in the Kijowska Estate that was acquired by a Polish company. The courts considered there was no violation of the principles of social coexistence and allowed the execution.

II. Commencement of the Investment Arbitration

Since Claimant was unable to enforce all mortgages it secured through the bond agreement, it commenced on 9 March 2015 an arbitration against Poland based on the USA-Poland BIT.[2] The seat was Brussels, Belgium.

The Claimant alleged Poland had breached the BIT by failing to accord it fair and equitable treatment (“FET”), full protection and security and effective means of enforcing its rights, violating its legitimate expectations, denying it justice, discriminating and acting arbitrarily against Claimant, and expropriating Claimant’s investment without prompt, adequate and full compensation.

III. The Decision of the Tribunal

The Tribunal concluded that the Supreme Court rulings were arbitrary and discriminated against Claimant’s investment, and that the Supreme Court violated Claimant’s due process rights by relying on new findings of fact different from those of the Court of Appeal even though Claimant was not granted a chance to rebut these factual findings in writing or in an oral hearing. Poland therefore denied Claimant justice in relation to its investment.[4]

IV. The Decision of the French-speaking Brussels Court of First Instance

Poland challenged the Award on the seat of the arbitration, Brussels, Belgium.

IV.1. The scope of the Court decision

The Court made three findings on the scope of review of the Award.

Second, the Court held that a denial of justice violates Belgian national public policy as due process is a fundamental and legal principle recognized internationally, including by the European Convention on Human Rights.[6]

Third, the Court held that an arbitral award can be set aside not only if the tribunal denies justice to the claimant or respondent, but also if the tribunal made an erroneous finding on whether the national courts have denied justice to a foreign investor.

IV.2. The Court’s findings on the Tribunal’s decision

According to the Court, arbitral tribunals should take a very restrictive approach in determining that the judicial organs of a State violated the protection against denial of justice so that they do not act as a court of appeal for national courts. The Court reasoned that the denial of justice involves proof of an entire national judicial system’s failure to meet minimum standards – a mistake of law or fact by a national judge is insufficient to hold a State to account for denial of justice.[7]

Regarding the merits of the case, the Court held the Tribunal lacked sufficient evidence to find discrimination, and therefore a violation of the law and a denial of justice. It pointed out that the Tribunal neither mentioned any fraudulent manoeuvre or bad faith on the part of the Supreme Court nor found any malfunctioning in the entire Polish judicial system. The Tribunal instead considered the system had functioned well regarding, for instance, Claimant’s legitimate expectations.

Moreover, the Court noted that discrimination may not be inferred from differences between decisions taken by a court several years apart in disputes with distinct purposes (actions to cancel a mortgage or actions to enforce a mortgage), and in a system that does not recognize the rule of precedent. Even if the Supreme Court ruling were wrong, the erroneous nature of a single judicial decision is not sufficient to demonstrate the malfunctioning of the entire judicial system, or discrimination leading to a denial of justice in international law. Therefore, Poland did not deny Claimant justice.[8]

The Court then set the Award aside because it violated Belgian international public policy by condemning Poland for a denial of justice that was not established.

Maria Barros Mota is a member of the Dispute Resolution team in the Frankfurt office of Baker McKenzie where she focuses on international arbitration. Maria has previously worked with the teams from New York, Rio de Janeiro, and Düsseldorf. Maria is admitted to practice in Brazil and is experienced in commercial and investment arbitration. Maria is a contributor and co-editor for Global Arbitration News. Maria can be reached at [email protected]. 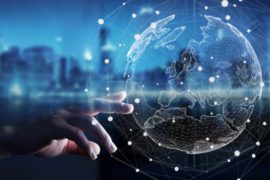