As inducement for the investment, Petitioner secured contractual rights and protections, including an absolute, unconditional, and irrevocable Guaranty from HNA. The Guaranty contained an arbitration clause providing for binding arbitration in New York, administered by “JAMS in accordance with JAMS Streamlined Arbitration Rules and Procedures ….” It also provided for an expedited schedule; each party would make its submissions within seven days of the appointment of the arbitrator, and the final award would be rendered within 30 calendar days of those submissions.

Petitioner commenced an expedited JAMS arbitration on December 21, 2021, arguing that events had occurred that triggered HNA’s obligations under the Guaranty. In a scheduling order, the arbitrator denied Respondent’s request for discovery and an evidentiary hearing. The arbitrator reasoned that the parties had established an extremely expedited process in their arbitration agreement that did not contemplate time for discovery, and that the Guaranty did not provide for a hearing. The arbitrator then issued an award in favor of Petitioner.

Petitioner sought to confirm the award and Respondent moved to vacate it. Respondent argued that, since the arbitrator denied the request for discovery and an evidentiary hearing, the arbitration process and award were fundamentally unfair and contrary to the terms of the arbitration agreement.

The court disagreed. It reasoned that an award is fundamentally unfair only if the challenging party’s “right to be heard has been grossly and totally blocked.” Arbitrators are given wide discretion to decide whether or not to hear evidence and, as long as a decision based solely on documentary evidence is reasonable, the proceeding is not fundamentally unfair. Here, the arbitrator considered extensive submissions by the parties in connection with the scheduling decision and the final merits decision, and there was no fundamental unfairness in either decision.

The court accordingly granted the petition to confirm the award and denied the motion to vacate.

Shiyu (Jenny) Liang is an associate in the Litigation and Government Enforcement Practice Group in the New York office. She graduated from Harvard Law School, where she was President of the Harvard International Arbitration Law Students Association and the European Law Association. She was also part of the WTO moot court team, which won second place in the global final round. Shiyu focuses her practice on compliance & investigations, white collar, and international arbitration. Shiyu can be reached at [email protected] and + 1 202 255 9618, 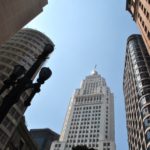